Trust and Confidence at a Painful Time (11.B) 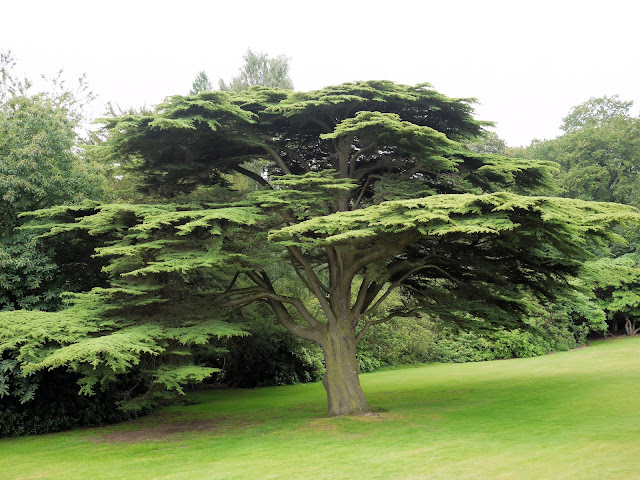 Today would have been my father’s ninety-second birthday so I’ve been thinking a lot about him this week.

One thing in particular came to my mind as I raced from one thing to another during the difficult past few days: I never saw my father rush. No matter how hard I tried, I couldn’t recall a single time when I saw him in a hurry.

My Dad wasn’t much for giving advice, but I think this might be a lesson he’s teaching me ten years after his death. And maybe God is telling me something too: a book I was reading in my prayer time quoted a Finnish proverb: “God did not create hurry.”

I’ll come back to that later but let me start by saying I found it hard to write my homily this week. The disclosures about the Kamloops Residential School are on everyone’s mind, so I hoped to make a connection with the Scriptures this Sunday.

In my usual way, I looked quickly at the readings and expected something to jump out at me. Nothing at all. I slowed down a bit and read the texts a second and then a third time. I didn’t find much.

That’s what happens when you’re in a rush.

Getting desperate for something meaningful to say, I took a couple of books off the shelf—both were in Italian, so that alone was enough to slow me down.

The first was a commentary by Cardinal Albert Vanhoye. (Le letture bibliche delle domeniche—Anno B, p. 206-209)  I’m sure this great scripture scholar never wrote a single sentence in a hurry, although his style is simple and direct.

His thoughts opened up for me the central message of the readings we just heard, connecting them to one another and to what many of us are thinking this Sunday.

The Gospel tells us that the kingdom of God moves forward through every kind of difficulty and circumstance. It has an unstoppable force.

In the first reading, the Prophet Ezekiel also speaks of the extraordinary force of growth in nature. In the second reading, St. Paul declares himself to be full of confidence and thus able to carry out his commitment to please the Lord.

Trust and confidence are things we need right now. The current scandals are just the latest in a series of things that try our faith and can drive us to discouragement, pessimism, or worse. And even personal losses, sufferings and circumstances can weaken our trust in God.

Yet God’s Word today invites us to regain our courage, since the Lord is stronger than any other force and is present in us and in the Church with a wonderful power.

The other Italian commentary, by an unknown writer, says much the same thing, but adds a warning against the tendency to read these parables in a triumphant way. (Messale dell’Assemblea Cristiana—Festivo p. 1050.) The parables apply to the Kingdom of Christ in his Church, not to the visible Church itself. (See Louis Bouyer, “Kingdom of God, Kingdom of Heaven,” Dictionary of Theology).

We cannot identify the Church’s size or spread or success with the Kingdom. In a similar way, the failures of her leaders and members cannot stop God from continuing his saving work.

Ezekiel is writing during a time of great trial for the people of Israel: they are in exile far from the Promised Land. The dire situation threatens to destroy their hope and their confidence. But the Prophet paints them a vivid picture of hope, of new life, to inspire fresh confidence in the Lord. God will replant Israel in due time.

The parables in today’s Gospel echo that green theme of the first reading. The kingdom of God is a seed sown on the earth. In itself it is nothing important. Nothing significant – Cardinal Vanhoye says it’s like a little pebble. And yet it possesses a vital dynamism.

Look at this beautiful orchid right behind me. What do you see it doing? Nothing, obviously. But it’s growing. Slowly but surely.

So too with the kingdom of God. We would like results. If we could see more progress, it might be easier to keep building. But just to underline his point, Jesus talks about mustard seeds. Not only is the kingdom growing from seeds, but from tiny ones at that.

So too with the Church. Jesus didn’t transplant one of the great cedars of Lebanon and establish it as a towering sign of his kingdom. The Church began like a grain of mustard. Yet after Christ’s death, facing every kind of persecution and difficulty, it grew. And grew.

Why? It grew because “it had within itself the force of the Word and the grace of God” (Vanhoye, 208).

It is that same force and only that same force that can restore our confidence and courage. It is Christ, Christ Himself, who gives the Church the power to carry on in the face of sin and shame.

Cardinal Vanhoye points out that St. Paul is confident even in the face of death. In life and death, in everything, we are sustained by faith in God and, when all is said and done, by nothing else.

He sums it up neatly: “the love of Christ is the secret of everything.”

In last week’s homily, I said that we will discern together, carefully and prayerfully, how we at Christ the Redeemer will participate in reconciliation and healing following the disclosure at the Kamloops Indian Residential School and the media storm that followed.

This week has brought another wave of reactions in the media, many personal conversations, and continued insights from Archbishop Miller and other Church leaders. The Archbishop has suggested that Indigenous communities should take the lead in determining the next step in the reconciliation process.

In all this, I’ve been guided by what I mentioned in the beginning of my homily, the thought that came to me in prayer: don’t rush.

The tragedy of the residential school system unfolded over more than a century, and even now all the evils that occurred or how they were allowed to occur is not clearly understood. We cannot ever fully address or redress these evils. But many people feel an urgent need to act now. I understand that feeling. The stories rightly spark outrage. And as Archbishop Miller said on the radio, “apologies are a necessary part of reconciliation and they get their weight if they’re accompanied by action.”

That doesn’t mean there’s nothing we can do right now. The Book of Ecclesiastes says, “To everything there is a season, a time for every purpose under heaven: A time to mourn, and a time to dance.” This is a time to mourn.

But we also mourn the loss of innocence, the loss of a view some of us had of the Church as being more perfect than she is or ever was. In this regard, listen to these words of Pope Benedict, spoken in the context of another source of shame, the sexual abuse crisis:

In the midst of the scandals, we have experienced what it means to be very stunned by how wretched the Church is, by how much her members fail to follow Christ. That is the one side, which we are forced to experience for our humiliation, for our real humility. (From an interview with Pope Benedict XVI conducted by Peter Seewald and published as Light of the World, p. 175)

Secondly, we should listen and reflect. We must seek a better understanding of what happened in the residential school system. There are good resources on the Archdiocesan website that can help us educate ourselves. This week’s edition of the B.C. Catholic is a truly splendid place to start our reflection.  More resources will be made available to parishioners as we gather them.

And prayer can also lead us closer to Christ, and to a better understanding of his presence in the Church.

In this regard, I will close with more words from that interview with Pope Benedict, who reminds us that “in spite of everything,” Jesus “does not release his grip on the Church.”

In spite of the weakness of the people in whom he shows himself, he keeps the Church in his grasp, he raises up saints in her, and makes himself present through them. I believe that these two feelings belong together: the deep shock over the wretchedness, the sinfulness of the Church – and the deep shock over the fact that he doesn’t drop this instrument, but that he works with it; that he never ceases to show himself through and in the Church.