So Much is Happening on January 1! 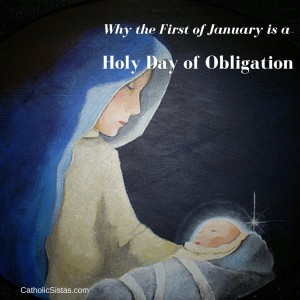 I was ordained less than a year when a friend told me about a priest thundering from the pulpit about people not attending Mass.

“What’s so wrong about that?” I asked innocently.

“Only that every single person he was talking to was already at Mass,” he replied.

It’s a good point. Not much use ranting to the people who are in church about those who aren’t.

When I was a boy, the requirement to attend Mass every Sunday and holy day of obligation was front and center in Catholic life. Looking back, I realize how cleverly the Church reinforced holy days of obligation—the seven or eight weekdays when we had to go to Mass: if you went to a Catholic school, holy days were holidays! Going to Mass seemed a small price for a day without class.

That’s just a distant memory. Only two holy days of obligation are left: Christmas Day and January 1. If I were running things, you wouldn’t have the last remaining obligatory feasts only a week apart.

But, luckily for the Church, I’m not running things. Because today really does deserve its high place on the liturgical calendar. If you doubt it, just take a look at the three readings we’ve just heard.

The message of the first reading is pretty obvious. These beautiful words from the Book of Numbers invite us to seek the Lord’s blessing on the year ahead. New Year’s Day is the perfect time to pray for that, for ourselves, for our family and friends, and for our world. We should have this mind all through Mass today.

Notice also that Aaron’s prayer includes the blessing of peace. Since the time of Pope Paul VI, January 1 has been the World Day of Peace. Every year the Pope writes a message about peace; this year Pope Francis speaks about nonviolence, about “becoming nonviolent people” and “building nonviolent communities that care for our common home.”

That seems an impossible dream, since the Pope himself says that we are “engaged in a horrifying world war fought piecemeal.”

How can it be possible to embrace Christ’s teaching about nonviolence in such a situation? The Pope answers that very simply: “Nothing is impossible if we turn to God in prayer. Everyone can be an artisan of peace.”

And so, today, we pray for peace.

And the Gospel adds another important element to this day. It records the circumcision of Jesus, who according to the law was circumcised eight days after his birth. On this octave day of Christmas, this ritual of the old law marks the beginning of its end; Mary and Joseph obey the Mosaic Law, unaware that Jesus will fulfill it and make the ritual unnecessary.

We notice too that Jesus is given his name at his circumcision. St. Luke doesn’t explain the meaning of the name, but St. Matthew does. His Gospel reports the words of the angel to St. Joseph: “you are to name him Jesus, for he will save his people from their sins.”

So much on one day: the beginning and blessing of a new year; a day to pray for peace in our terrorized world; the truth of God made man so that we might become his adopted children; the role of Mary in this great mystery; the Holy Family’s humble submission to the old law; and finally the Holy Name of Jesus, revealing him as one who rescues and saves.

When January 1 falls on a Sunday, we tend to forget that it’s otherwise a holy day of obligation on the Church calendar in Canada. But when we look at all that’s happening, maybe we’ll make sure to be at Mass on Monday, January 1, 2018.
Posted by Msgr. Gregory Smith at 10:15 PM No comments:

Talking at Rise Up About Attending Mass


You may have looked in vain for my Christmas homily.  I didn't use notes, so had nothing to post. All our celebrations went wonderfully, thanks to the very hard work of our choirs, sacristans, servers, florists, greeters, cleaners, snow shovellers, and countless others.

The week has been a busy one, thanks to the fact that CCO's annual Christmas conference was held in Vancouver this year. I spoke at a workshop this morning about the importance of attending Mass each Sunday; the post below is an excerpt from my talk.

I also attended a talk by the young Alberta Conservative MP Garnett Genuis and now I have a new hero, even though I have been a priest longer than he's been alive!  There's hope for the future with a man like that in Parliament. 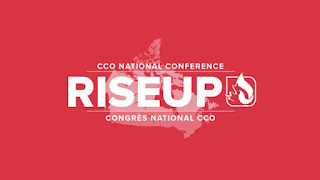 Sunday Mass at St. Hugo the Awful parish is a dreadful affair.  The music is truly terrible, and the preaching is worse.  The church is unattractive, and the people aren’t friendly.
On the other hand Sunday Mass at St. Horace the Cheerful is a delight.  The music is well chosen and well performed.  The young pastor has nice curly hair, a wonderful toothy smile and a great preaching style.  The church is attractive and nicely decorated.
The experience of Sunday Mass at St. Hugo the Awful’s has been a great strain on Jeanette and John, a newly-married couple in the neighbourhood.  They don’t get anything out of Mass at all, anymore.  They’ve stopped going, in fact, except for Christmas and Easter and the occasional Sunday when there was simply nothing on television.
It would seem that the solution is simple.  They must move to St. Horace the Cheerful parish, where once again Mass on Sunday would be everything it’s meant to be.
There’s only one problem.  The percentage of people in the catchment area of the dreadful parish who attend Sunday Mass each week is not an awful lot different than the percentage who attend the cheerful parish.  Young people seem to stop going to Mass in almost equal number in both communities.  The thesis that Mass is really awful and therefore people don’t go—has a hole or two in it.
So is the thesis that wonderful Masses bring crowds to church. With all humility, let me talk about my own parish.  I don’t have to brag about my own preaching, I can simply refer to the preaching of our assistant pastor, Fr. Paul Goo.  You can read his homilies on Facebook and see that they are engaging, interesting, and relevant.  Our music, I think, is second to none.
And yet, one by one I see young people either abandoning the Church, or, at the very least, no longer fulfilling their Sunday obligation with the regularity that Divine Law requires.
There are also a number of good families in the parish where a sports commitment will trump getting to Mass any time, and will certainly trump getting to Mass on time.
What’s going on here? To find the answer we have to look somewhere other than music and preaching and church decor.  Believe it or not, I even think it might even be found somewhere other than community.  I’ve read several fine books about parish communities that are just about as friendly and welcoming as the average family.  But although these parishes are undoubtedly stronger than those which don’t offer such a great experience, the fact is that I have yet to hear that the Kingdom has come in these parishes, or that their churches have sunk under the weight of the extra parishioners pouring in.  Just not happening.
So are you ready for my thesis?  I got the idea early one morning as I prepared to go to a funeral.  My thesis is that the most wonderful liturgy will not be sufficient to bring about faithful unflinching attendance at Sunday Mass—for the simplest of reasons.  No matter how wonderfully performed liturgy may be, it is essentially the same show week after week.
You may be a fanatic fan of Justin Bieber—heaven help you—but it’s only the craziest teenage girls who would be willing to see him every week for 50 years.
If we go to Mass for the sensory or even intellectual inputs we will find ourselves quickly bored by the mere repetition.  After all there’s just so much you can do to make Mass different.  Most of the time it’s got to be more or less the same—certainly when you look at it over the course of many years.
My conclusion when I compared Mass with great stage plays, great concerts, and great speeches by orators is that our liturgy was never meant to be so externally attractive that people would go to Mass happily and eagerly each and every week without a much deeper underpinning of faith and commitment.
This is, I think, a very important point.  If we do not make a connection with Sunday Mass that is significantly more profound than the human attractiveness—or even the occasional good spiritual feeling—it will be much harder to persevere in the necessary—and I do mean necessary—commitment that a Christian must have to this sacred summit of Christian life.
Do you get what I’m saying?  I just want you to reflect about it.  Is there really anything other than eating that never grows tiring or tiresome over a lengthy period of repetition?  And even eating the same favourite food is a problem.
The problem created by repetition is why the Sunday service in many Protestant churches is so often changed up.  The secret of the enormous pastoral success of the American evangelist Amy Semple McPherson was that she managed to make every Sunday service quite different from the week before, even by driving up to the pulpit on a motorcycle.
Surely there is some divine wisdom in our liturgical tradition and relative uniformity.
We’ve all heard the breakup line “It’s not about you.  It’s about me.” If those who’ve stopped going to Mass because it’s boring want to say an authentic prayer, that’d be it.  Much of the time it’s not about the liturgy.  It’s not about the priest.  It’s about us—about our need for a deeper understanding of what really happens at Mass.
So there, at some length, you have my first point. Great liturgy and great preaching, or bad liturgy and bad preaching, are not what should decide our attitude to weekly attendance at Mass. We’ve got to look much deeper—at ourselves, and at the Sunday celebration itself.
Posted by Msgr. Gregory Smith at 4:15 PM No comments:

Archbishop's Homily: Meditating on St. Joseph as Christmas Draws Near 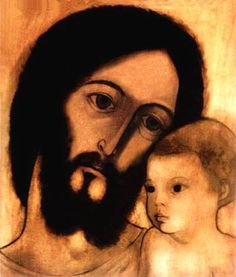 Archbishop Miller was to have celebrated Mass at our parish this morning with the members of the permanent diaconate community – deacons, candidates, aspirants and their wives and children – but the steady snowfall kept him (and many of our parishioners) away. When the Archbishop let me know he could not be here, I had the presence of mind to ask him to send me his homily. Given the weather, I intended to shorten it, but after realizing its richness and beauty, I delivered it word for word, and have never had so many requests for copies!

Here are the Archbishop's words: