On Friday morning, Canada as I’ve known it disappeared by a vote of 9-0. 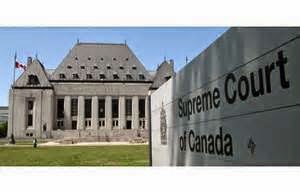 By a unanimous decision, our Supreme Court decreed that "The prohibition on physician-assisted dying infringes on the right to life, liberty and security of the person in a manner that is not in accordance with the principles of fundamental justice."  The court gave Parliament a year to recognize in law the right of consenting adults who are enduring “intolerable” physical or mental suffering to seek medical help in ending their lives.
The decision did not limit physician-assisted suicide to those suffering a terminal illness.
Not one dissenting voice on the court opposed this destructive change to Canada’s legal tradition of protecting human life—already greatly weakened by the abortion licence the Supreme Court ‘granted’ in 1988—not one!
Many evils have slowly crept into Canadian society; this one arrived with a huge leap. As the medical ethicist Margaret Somerville said “It’s not an incremental change… It’s a seismic change in our most fundamental values.”
She added “I think future generations will look back on this decision and what comes out of it as the single most important values decision of the 21st century.”
Words written by Friedrich Gustav Niemöller, a German anti-Nazi, 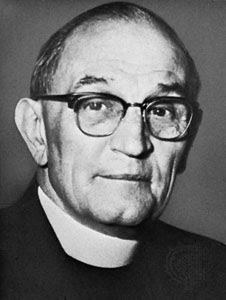 Although Niemöller was initially a supporter of Adolf Hitler, he became one of the founders of the Confessional Church, which opposed Nazi control of German Protestant churches, and spent from 1937 to 1945 in concentration camps.  After the war, and until his death at the age of 92, he expressed his deep regret at not having done more to oppose the evils that had taken over German society during the Nazi era.

At this moment I do not know what will replace what Canada has lost.  Will we be another Netherlands, Belgium or Switzerland?   Or will we descend to the very depths of the Brave New World painted by Aldous Huxley in his 1932 novel?

In a devastating National Post column written on the eve of the Supreme Court decision, Father Raymond J. de Souza explores these questions better than I can. I urge you to read it; I’ll go further than that: it is your duty as a Christian to read it.

Now wait a moment.  How can a pastor say it’s my duty to read something? I like to pick my issues and read what I want, some might reply.

But St. Paul has a slightly scary answer to that in today’s second reading.  “Woe to me if I do not proclaim the Gospel!”

That exclamation is not unique to apostles and saints. Woe to any Christian who does not proclaim the Gospel—for, like St. Paul, we have an obligation to do so, a commission received in baptism. Jesus himself commanded all his disciples, and not the apostles only, to proclaim his teaching to all nations (Mt. 28:19-20).

The Good News of Jesus Christ cannot be limited to the suffering, death and resurrection of Christ—what we might call the basic Christian message of salvation. St. John Paul II made this wonderfully clear when he coined the term “the Gospel of Life.” He said that it must be preached “with dauntless fidelity as ‘good news’ to the people of every age and culture.” (Evangelium Vitae, 1.1)

Woe to us if we do not preach this Gospel of Life—in word and deed. What punishment may follow on society and even on individual Christians as a result of our failure to defend the life of the vulnerable?

In a letter he wrote on Friday, Archbishop Miller points out that this obligation is by no means limited to what we say or what we write in letters to the editor or to politicians, important as these things are.

“So that we do not forget out own personal responsibilities, all of us need to be reminded to spend time with those who are dying, disabled, depressed, or elderly. A principal reason why people lose the desire to live is their isolation and loneliness.”

It’s interesting to look at what the Archbishop wrote in the light of our first reading. There’s no doubt about it: Job would like to die. Life is not worth living in the face of the multiple evils that have afflicted him. We all know his story—Job’s situation is precisely what the Supreme Court was thinking about.

But what about the end of his story?

If you open your Bible to the final chapter of the book of Job, you’ll read “The Lord blessed the latter days of Job more than his beginning… And Job died, old and full of days.”

It’s all but certain that euthanasia will become a substitute for the proper treatment of severe depression, especially in the elderly and the lonely.

Christians understand the redemptive value of human suffering—united to the suffering of Christ it promotes our own salvation and the salvation of the world—but nonetheless we do not see suffering as a good thing; clearly it is not.  Part of our proclamation of the Gospel of Life is to alleviate suffering of every kind.

Archbishop Miller urges us to “call on governments, health authorities and the healing professions to improve access to palliative care.”

“We know,” he says, “that when people are provided with palliative care that takes away pain and reduces suffering, their desire for assisted suicide almost always goes away.”

Of course we can’t effectively meet our commission to proclaim the good news without informing ourselves.  How many of us really know what the Church teaches about death and dying? About medical ethics? How many of us know her wise teaching about the legitimate refusal of extraordinary levels of medical intervention?

For almost two thousand years the Church has been caring for the sick in one way or another—following the example of Jesus, whom we see in today’s Gospel as healer of body and soul. For centuries the members of religious orders have founded Catholic hospitals, now largely run in Canada by the public authorities that fund them. Perhaps the horrible wake-up call we have received is an invitation for the lay faithful to look at new models of Catholic health care.

As you can tell, today’s homily isn’t about the slippery slope down which we are skidding; again, I urge you to read Father de Souza’s article—not this week, but today, with Job and St. Paul and Jesus fresh in your mind. Today I am talking mainly about Christian life—about the demands of being a true disciple and not just a churchgoer in a post-Christian society.

During the last fifty or sixty years, as anti-Catholic prejudice in the U.S. and Canada lessened greatly, we began to enjoy “fitting in” with the mainstream.  In fact, many of you in church today don’t even remember how strong that prejudice once was. Right here in B.C. a Catholic could not hope for a good job in the provincial civil service, and at least two major department stores would not hire Catholics.

Well, we’re right out of the mainstream now—which, when you think about it, is where serious Christians belong.

The list of professions directly affected by society’s refusal to recognize fundamental moral values and the conscience of Christians who do recognize them grows day by day. Those of you who work in fields that are not under attack will be required to support those who do.