Calming Down Before Christmas (Advent 4.A) 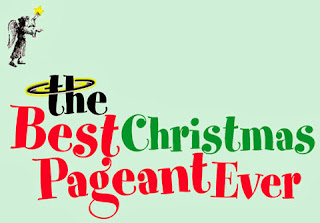 The week before Christmas is the busiest week of the year for me, and not everything went well. I couldn’t get half my work done, and even Father Xavier said he didn’t like my haircut.

And then came the delightful surprise of St. Anthony’s School Christmas Concert.

There were many of the traditional things you’d expect at a Christmas pageant—carols and adorable kindergarten students dressed as sheep and shepherds and all the rest. But in other ways, the pageant was unpredictable, and not just because we had a real live baby in the manger and a child dressed as a star that actually lit up.

What was really different were the serious and meaningful prayers said between each song, many of which were more Christian than Christmassy. I have nothing against the standard sort of Christmas pageant, but this more profound version was delightfully unexpected.

So when I looked at today’s Gospel, I couldn’t help but think: this is the unexpected version of the Nativity story. All the traditional things are missing—the manger, the angels, and the shepherds. We find those only in Luke’s Gospel, which we’ll hear at Midnight Mass and on Christmas morning.

Both Matthew and Luke show us that the arrival of the Prince of Peace happens in the middle of turmoil. In today’s Gospel, St. Joseph is certainly in a desperate situation; it’s pretty clear how he feels. And in Luke’s Christmas Gospel, both Mary and Joseph are caught up in the chaos of a Roman census and find themselves homeless.

There may be a few folks in church who face something as unsettling and scary as St. Joseph did—a family crisis, business worries, a major illness. Others are simply afraid about facing all that’s expected of us at Christmastime—to shop more, cook more, eat more and drink more than we really want.

Some of us have fears about Christmas Day itself—will a recent loss cast a shadow, making us feel worse than we already do? Will I be able to keep my cool when Uncle Fred starts his annual rant or will I stomp out of the house like I did last year?

Do we take these fears to God? Do we give him a chance to help? That’s what today’s Gospel invites us to do.

St. Joseph’s situation reminds us that there’s never been a time without turmoil, and that God meets us right in the middle of it. Sometimes if we slow down—and you sure can’t do much dreaming if you don’t—we might hear an encouraging word when we least expect it.

Joseph’s story also reminds us that a very good way to overcome fear is to step out in faith, to reach out in love. The angel’s message tells him not to be afraid to do what God asks, something bold and loving. That’s equally good advice for us.

During the last week or so, I’ve talked with some of the many volunteers who have been packing and delivering hampers for the needy. It’s not a scientific survey, but by and large they seemed to be more peaceful than the other parishioners I’ve chatted with lately. Maybe they’re just too busy to feel anxious! More likely, they discovered that just doing what God asks takes your mind off your fears.

I’m not sure what Pope Francis has planned for Christmas, but you can be sure it will be something more than Mass and a big dinner with the in-laws (not that there’s anything wrong with that!).

It’s not too late to master our fear of inviting an awkward neighbour to dinner or sacrificing a bit more than we can afford to some charitable purpose. It’s not too late to take a cue from the elementary school concert, and to shift our focus from conventional traditions and expectations towards ones that are more profound and prayerful, like reading a Christmas Gospel at the table tonight or on Christmas Day.

We have a few days left before Christmas: let’s give God a chance to both calm and challenge us. The results of a few quiet moments might be more than we expect.
Posted by Msgr. Gregory Smith at 7:39 AM